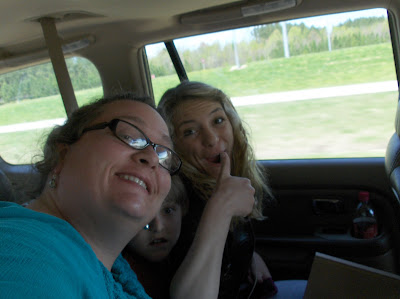 I think Shelby and I may have startled Conner a bit with our enthusiasm! In the next one Dave took, Conner was happy but Shelby was not :-) How fickle the whims of the photography gods...
Today is my niece's 14th birthday AND yesterday was the last game of the season for the Atlanta Thrashers hockey team. What do these two things have in common? She follows the Penguins and that's who the Thrashers were playing so we all piled in the car and headed that way! 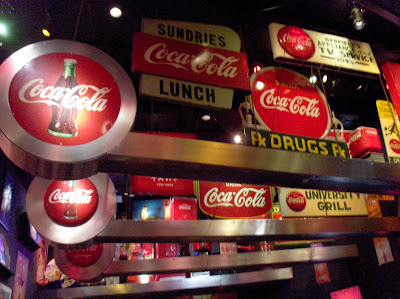 Before the game, we visited the World of Coca Cola Museum's tasting room where I tried many nasty variations of Coca Cola from around the world. There were some I liked but my overall experience was of flavors to which I could never see my palate becoming accustomed. The most nasty? The Beverly, from Italy...ick! On the bright side, perhaps I'll have some small inoculation against malaria for a while.
My favorites were a beverage from the Latin American station called Inca Kola (Peru, of course) and one from the African station called Bibo Candy Coco-Pine (South Africa). I was VERY surprised by the Inca Kola because it smelled so strongly like banana and I don't normally enjoy banana flavored food (though I do like actual bananas). It did not taste like bananas though and was very light and VERY bubbly, kind of like Alka seltzer but with a good fruity flavor. The Bibo tasted like a pineapple lifesaver in liquid form. I shudder to think of what the sugar content on an actual can of this stuff is, but it was quite yummy! The Smart Apple from China was also good in a very sugary, fruity kind of way.
After a whirlwind tour around the Coca Cola museum, we sprinted over for a quick dinner at McCormick and Schmicks then hoofed it on over to Philips Arena for the game. I was wearing my Birmingham Bulls jersey and 4 or 5 people commented (positively) about it! :-) 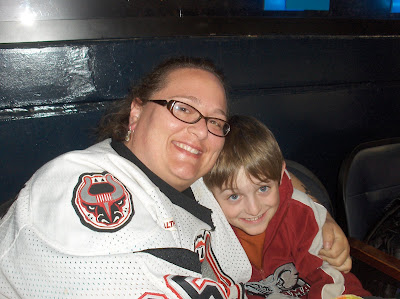 It was a great game and I had outstanding company! I only wish the season wasn't over so I wouldn't have to wait until next season to do it again!
Posted by Holley T at 9:24 PM

I was thinking about Inca Kola about an hour ago. Seriously!