do you have a permit for that? 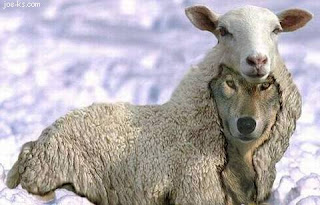 As much as I hate the corny, play-on-your-sympathies nature of Lee Greenwood’s epic patriot ballad, strains of “God Bless the USA” ran through my head as I read this blog entry about a Newsweek BeliefWatch column concerning government control in China. Is it a moratorium on the press, you may ask. No. Does it concern the suppression of inflammable ideas in a piece of literature, perhaps? Uhhh….no. According to this fine piece of journalistic tattling, the Chinese government is clamping down on those clowning around, violent reincarnation people. Buddhist monks will now be banned from reincarnating without government permission….I wonder who’ll be collecting the hall pass on that one?

There will apparently be strict rules surrounding the procedures by which one reincarnates. Oh no! I skipped that class too. I hate tests where you have to show your work! I would have liked to have been a fly on the wall when that government/committee meeting took place. Who brought it up? Who thought it was a good idea? And last but not least….who thought they could monitor it? Will there be a confessing station for the unauthorized reincarnated? How will you know for sure?

This obviously just elicits more questions than it can ever answer and makes me want to take a hard look at our own government. I’ve never been overly political, though I do vote (and research my vote, thank you very much). I’m sure there are things that I miss by not following these people every step of the way in their race for the White House but I have always, and will continue to always, believe that all politicians are criminals at heart. I do not believe that there is one out there who totally has other’s best interests at heart.
Sorry Mr. Obama, but I don’t believe that you could have made it to the place in politics that you occupy with out climbing over some weaker than yourself, telling not a few lies, and looking out for number 1. I don’t fault you for that exactly, but what I do fault politicians for is trying to make us think otherwise. There are few times during the year that I am less concerned about not having television reception at my home than during a political push. The commercials are ceaseless and infuriating, attempting to get me to believe that each and everyone of them is working for me, has led a faultless (and here in the South, a Christian evangelical one at that) life and whose opponent was born out of the depths of hell, leading our country into an unorganized and lawless pit….you do get desensitized, people. Find a new campaign slogan!
A
L
T
H
O
U
G
H…..the U.S. government isn’t trying to regulate reincarnation ;)
Just as bad in my estimation is the state of Alabama’s continuing attempts to apply taxes to items that are not bought here. Why should Jane Doe or John Smith have to pay Alabama taxes on something they bought from someone in Texas or Hawaii or Juno, for that matter? Okay, my quasi-political/economic/social rant has come to an end.

If you aren't careful, that "Anonymous" fellow who attacks me every time I so much as think a political thought within ten feet of my blog will deluge you with his wisdom concerning all things politic!

I'm amazed that the universe didn't collapse in on itself when China tried to legislate the next life! But, the only reason it doesn't happen here is because if you're anything but a gawd-fearin' krischun in the USA you don't exist at all in the political equation.

let the little scaredy anonymous bring it on...I don't know anything about politics and that is an easy position to defend...I use the gallic shrug :)

It's an odd thing (maybe not so odd once you think about it) that there are so many who don't seem to exist at all in the political equation. To assume your place in the FOIL method of life, you seem to need to adhere to the DWEM and WASP principle...sad but true.