...of interesting (at least to me) crap from last week and the last few days!

I'm reading a great fantasy book right now! Gail Z. Martin's The Summoner: Book One of the Chronicles of the Necromancer. The main character is a little bit of a whiner but he has just cause and there are 307 more pages to go in this behemoth 637 pager so he has time to redeem himself if he works hard. I just finished The Blood of Flowers, a debut novel by Anita Amirrezvani, and I have to say that it went a bit too slowly for my taste but I still had to finish it because I liked the narrator and wanted to know what happened to her (and I do not skip ahead). The novel was set the 17th century in the Iranian city of Isfahan. A comet portends a strife-filled year and family tragedy soon follows. The narrator and her mother soon find themselves destitute with no close male relatives to protect them (boy am I glad that wasn't/isn't my lot in life!). The novel is a little Tracy-Chevalier-like in that it revolves around the Persian rug industry and the artistry of rug knotting in general, but I really felt like Mrs. Amirrezvani was trying to ride just a teensy bit of Khaled Hosseini's coattails and she shouldn't have troubled herself to do so. It didn't happen but it is an enjoyable story nonetheless.

Was anyone else just blown away by Owen Wilson's attempted suicide? I feel like the last person in the world to ever find out about things but no one's been talking about it, I found out through Cinematical! He just doesn't seem like the suicidal type, but then I have to remember that he is an actor. It also makes me wonder what goes on in the life of a major celebrity to make them believe there is no hope or purpose left in their lives. I, lazy and unimportant as I and my life are in the grand scheme of life, headed straight to the doctor for meds when I had my first destructive thought. I constantly teeter on the edge of financial destitution (no budgeting talent anywhere), my house is a constantly a wreck, my family (while by no means psycho) could never be construed as functional, I can't get a date....but hey, at least I'm not in grad school anymore :) Anyway, what makes Owen Wilson feel like life is not worth living anymore?

On to more amusing topics....and I have to preface this with a story. I used to petsit for a lady who lived in some swanky houses with lake access. Due to the nature of the house and the provisions she left for me, I often invited my best friend to come over and stay with me. Nice house, nice eats, big deck overlooking the lake...it was like a vacation. Well, this couple had a paddleboat and I was given permission to use it whenever I stayed there. So M sees all the geese and swan out on the lake and decides that it will be a great idea to take some bread out to them and paddle around some. I unknowingly agree. Everything was very genteel and picturesque until we ran out of bread....then Alfred Hitchcock came for a visit

The geese were easy enough to dissuade with a few well timed splashes and some discreet screaming, but Ralph was not your average bird. Did you know that swans often mate for life? Well, Ralph knew this and he had recently lost his mate and consequently was quite grumpy. Why could I not remember the homeowner telling me about this earlier (Ralph had apparently attacked her elderly bulldog more than once just for stepping foot outside)? Before I can fully grasp what's going on, Ralph has glided up to M's side of the paddleboat and nipped her on the arm. M reacted like the hounds of hell were ripping her arm out of its socket, stood up, and began a panicked, prancing hysteria dance. Okay, we're in the middle of the DEEP lake, in the winter, pursued by an angry swan and about to take an impromptu swim. Since M is now out of reach, Ralph glides back over to my side. Spreading his sizable wings, puffing up the rest of his feathers, hissing like a demented snake, I'm sure Ralph is pretty scary....to other small creatures (and M, to judge by her screaming) but RALPH HAS NO TEETH and I refuse to be terrified of something that has no teeth. When Ralph struck at me like a snake, I gave it right back to him by slapping him so hard, his whip-like neck snapped his head into the water on the other side of his body. He came back up spluttering but guess what...Ralph backed off. It was only then that I noticed all the properties facing the lake now had people at windows and on decks and I realized how much noise had been going on with M screaming and me yelling at her to shut up. We paddled back to the dock and fled indoors.

All that to say, what would you do if a monkey made "sexually explicit gestures" at you? There is a small village in Kenya with an infestation of wild vervet monkeys that are destroying crops, killing livestock (they don't look that big in the photos) and may very well bring about the destruction of this village. The monkeys don't bother the men of the village but chase the women and children, throw rocks at them, and grab body parts (I couldn't REALLY tell if they meant the monkeys' own parts or the women and children's parts) so that they are afraid to leave their houses. Any harvested crops brought indoors for safety are still in danger as the monkeys are so bold as to break into the houses to get it. The vervets are a protected species so the villagers can't legally kill them and are trying to come up with other ways of getting rid of the problem. The monkeys are not fooled by women in men's clothing because they've tried. I'm just saying, couldn't they kick or pepper spray them or something? I am usually fervently against animal cruelty but if the alternative is starving to death....? It's a bad situation.

M and I had pizza for lunch today, but not pizza like this!

I couldn't figure out what whales had to do with shrimp pizza, but it was worth the watch!!!


The facial expressions are the best!


THE AMAZING ANTINI BROTHERS!!!! no nets, no safety measures, all real!!!

Who all plans to cue up at the box office for this cinematical gem?!?!?!?!? 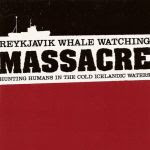 Coming soon to a theater near you!

Alright people! That's all the random crap I can fit in tonight...
evenin' ya'll!
htw
Posted by Holley T at 7:54 PM

Wow, that was a wide-ranging post! Thanks for that. I loved the ants.
If Owen Wilson had known about those little fellas things might be different today.
Or, if he's known about you and Ralph, maybe...

What an excellent story about Ralph; you write very well.
I would have like it better if Ralph had plucked out M's eye, but I guess you could save that for the novel!

I amused my own self just now...when I posted those videos I was a comp at the desk so I didn't have speakers, I just thought they LOOKED funny. Having watched them with the benefit of speakers just this moment...I am speechless with mirth. Who thought up the arrow/weiner? And she was SO excited about the weiner crust! I have no idea what she said, but I bet it was GR8!