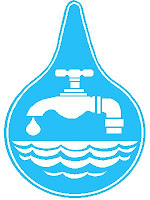 I have suppressed all names to protect the guilty :)

How did I manage to find myself walking 2 blocks through tall grass on the side of the road to a rusty ol’ metal building housing two old fire trucks and a dingy office? What, you may ask, could bring out HUNDREDS (and I do mean hundreds) of angry, belligerent, yelling, pushing, snarking, and politically aggressive (and some toothless) people out to aforementioned rusty ol’ metal building at 7pm on a Monday night?

Why, the local water/fire board elections of course! Silly you for not guessing!

My dad called last week, proud member of the fire board that he is, to say the I absolutely HAD to come vote so that “his people” could get re-elected and “ol’ man H--------’s people” would not. I learned that ol’ man H------- “uses the water board as a pulpit to direct the actions of his ‘people’.” I wanted to say, “Wow dad! I didn’t know you had so much political fervor!” I said nothing as I wasn’t sure I really wanted to get THAT involved.

So, I parked in the first empty spot on the shoulder of the road I could find, and hoofed it on down to the FD. The fire trucks had been moved out to make room for seating and police lights were strobing from both ends of the parking lot. ALL of the seating was full and the parking lot was standing room only and it’s not a small parking lot. There were “greeters” handing out papers with the opposing sides’ bios and they would tell you, as they handed their little flyer to you, “these are the people who are going to get us out of debt” and similar campaign slogans. There was an obvious police presence to try and keep the peace, yet, when the LAWYERS got up to tell us all how to vote so our vote counted, there was an ominous shuffling in the back of the FD. I had not arrived early enough to squeeze inside but I could hear angry voices and muffled shouts. There was a man with long hair and even longer beard dressed in dirty jeans and a faded plaid workshirt running around with a digital camera snapping off photos like this was an Amber Alert press conference. He wasn’t the only one, just the most conspicuous. Some people were actually filming, not just taking photos.

The lawyers finished dispensing with their legalese and there was a stampede to the voting room door. In the middle of the rush, a man from inside the FD somewhere began screaming, “I want to see those boxes before the first vote goes in there! I want to make sure them things is empty ‘fore the first vote goes in! I want to see those boxes and make sure they’s empty! Show us the empty boxes!” I would not have been the least bit surprised (nor would it have sounded out of place) if he'd thrown in a last minute, "git ur done." I am southern, I like living in the south, but sometimes.....you just notice an overly shallow area of the pool, ya know? I suspect it happens everywhere, but here in the south it seems to be more well-publicized.

I do so wish I could provide to you a description but I did not see this defender of honesty.

While I waited in line for AN HOUR (my father should never doubt my love) I grumbled companionably with the lady in front of me. My main complaint is I wish the people of my tiny rural community would get this riled up and concerned NEXT November. I’ve voted for both a governor and a president since I’ve lived there and it took less than 2 minutes. Those votes take place over the course of a whole day, I know, but I have never seen anything approaching the ferocity of the water board election….maybe on tv.

The only time anything disrupted the noisy peace (at least while I was there ) of the election occurred out of my line of sight and I didn't get a good eavesdrop on it either! A policeman (I think it was the chief but I'm not sure) was standing near my line drinking a cuppa joe and looking authoritative when a man hurried up to him. It was so loud I couldn't hear what he said but he turned toward me to point into the voting room and I hear a fragment, "there's a lady in there and she's....", maddeningly he turned away again only to point back in to the room a second time and say, "...and she won't stop!" He didn't yell, merely said it with some force. Again, I don't know what it was, but Mr. Policeman put his cuppa joe down and started shoving he way through the crowd towards the voting room. Damn the crowd! The only real action was taking place where I couldn't see it!

I got my vote in (or the one written down from my conversation with my father), patted my dad and stepmom on their respective shoulders, and headed on to the house...my good deed for the day done.

That was great. You are a really funny writer... I felt like I was there ;)
K