...not to say that Holley's House is a dump (I'm sure some would/will disagree) but more along the lines of catching everyone up on the past 4 days. I guess it's more a physical dump of my memory onto the blogging platform :)

Thursday was a whirlwind effort of getting ready for Friday's A1abama Pub1ic 1ibrary Association Pub1ic 1ibrary Division winter mini-conference....try saying that 10 times really fast. My friend Leslie (from another library in the county) and I led a table talk session about readers' adv1sory. Of course, that was at 2:45pm. The mini-conference began at 9am with a keynote speaker, then morning sessions, then the ubiquitous box lunch followed by early afternoon sessions and then late afternoon sessions. I did a two-part "skills for first time managers and supervisors" session in the morning and early afternoon. I am neither a manager nor a supervisor, but I might be someday and it never hurts to store up. Hey, I saw the cartoon with the ant and the grasshopper (are those the correct bugs?).
I really felt good after our RA session because Leslie and I RoCkEd the house (except for two people! boy do I wish I could recognize someone by their handwriting) and several people stayed behind and asked tons of questions. It's a good feeling when people are that excited about your program.
The only downside??? My ex (bf) was in EVERY SINGLE SESSION I had. He usually never stays all day at these things. In the library world, it's not enough to not date in your workplace. Don't date in the profession because you will see them at every meeting whether you want to or not. I'll be honest....I don't hate him (much) but it was painful. I admit to wanting to talk to him. I admit it. But it isn't going to happen, I won't let it happen, it's not good for me to even think about it. We only dated for 4 or 5 months, but we'd been friends for 10 years up to that point so I didn't lose a bf, I lost a friendship that had spanned a decade....and it seemed so easy for him. It must just be a guy thing.
Oh well, I was feeling down, DoWn, DOWN when I left so I called KT for a pick-me-up and she delivered right on target with some very uncomfortable but oh-so-true points and that is just what I needed. However, I still was dreading sitting at home all night because I knew I'd just rehash anything I thought I saw....us girls do that alot. Right in the middle of my maudlin thoughts, Mrs. Roomie called looking for company. Her DH is back working nights and she's never been one to amuse herself so we ate an obscenely unhealthy pizza and watched a tv show that will forever be one of my favorites if I never see another episode. Some night, when you are feeling a little blue, see how the other half live by tuning in to CMT's My Big Redneck Wedding!
The first episode we watched involved two 19 year olds getting married on a golf course. Her colors??? Camo, camo everywhere! He got her a pink .22 rifle for a wedding gift, she gave him a skink. It was a weepy moment for all. 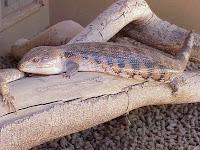 The second episode...ah, I don't even know where to start. They met at a karaoke bar, where she saw him singing and was smitten, eventually following him home on her horse (did I mention they'd both rode horses to the bar?). Oh yeah, and they were both married at the time and not to each other. They both got divorces for this blessed event. For wedding gifts, he got her a slinky nightie but it had long sleeves which he lovingly knew she would not like so he whips out a lockblade and cuts the sleeves off. But WAIT! She decided to get some naughty photos taken for him...and I say they are naughty not just because she's naked but also because I don't know a gynecologist in the land who would approve of a woman sitting astride a horse wearing a pair of very small chaps and a smile. It was precious, really. Nothing says romance like tatas and chaps.
Oh well, different strokes for different folks. My one saving grace, the first show was taped in Tennessee and the second in California...go figure. I was just glad Alabama was not mentioned, at least that night :)
I had a quick petsitting job this weekend so I picked up a few dollars of extra cash to get me through til payday. Rudder was his usually delightful self.
I forgot to mention that I had my dr.'s appt last week and he set me up to get a nerve conduction study on both hands on Valentine's Day. I'm also slated to have sleep study done sometime soon too. That I am even less excited about....
Speaking of sleep, I've got to get to bed. KT, VH and I are heading to Montgomery to scout out the bus trip we're doing for The Big Read in April/May. I have to be at VH's house at 7am so I'll need to leave hear ~6. I could leave later but I'm on the last CD of The Invasion of the Body Snatchers and I MUST learn what happens to Miles and Becky ToMoRroW! It was originally published in the 50's but is surprisingly creepy to have been written that long ago. The audiobook is narrated by the son of the director of one of the film adaptations and he is doing a splendid job. He has a very manly voice...it has been well furred with brandy and cigars. Anyway, we are visiting the Southern Poverty Law Center and the Alabama Supreme Court Building before having lunch at the historic Young House. All of the bus trip participants will be visiting the same venues and we want to have a look at the experience to see if we need to tweak anything before April.
Don't be feeling too miffed at me for what may seem like a pretty cushy day....I have to come back to the library and work until 9pm :(
Oh happy day.
But it won't be all bad 'cuz I'll be working with Carrie and we always have a great time while we work!
evenin' ya'll!
htw
Posted by Holley T at 8:32 PM

i thought your session was EXCELLENT. i want to know who the idiots are who did not agree! i wrote in an A+ by your session, actually :)

sorry the ex was there to haunt you. at least he witnessed the dazzling display of your intellect and 133t t3k sk1llz ;)

I have no idea who they were but let's just say that their opinions might not get heard (*wink, wink*) and leave it at that.

I'll give the ex the benefit of the doubt and say that it was a very passive haunting (it could just as easily have been taunting!) and I didn't have any problems presenting. I'm sure it could have been worse if some active dislike had been bandied about, you know?
htw